My work and focus for 2 decades have been about the merging of consciousness with the Body and nature, within the framework of Tantric Yoga. Tantric Yoga is a progressive and inclusive tradition based on the embodiment of non-dual philosophy, which recognizes the unity at the heart of all of life’s diversity. The Durga Opera is part of this continuum of work which inspires a “holy communion” in reverence and wonder for the whole of creation.

The mythology of Durga is taken from the Devi Mahatmya, a medieval song cycle about the Goddess recited all over India. It is part of the Shakta Tantric tradition, which recognizes the importance of re-engaging with the Divine Feminine Principles to reconnect with the primal creative power of all life. The myth has been adapted especially to address the void of the Divine mother in human consciousness, and how this impacts with our relationship to nature.

Durga is the mythical Goddess of potent compassion, the Divine Mother who as a warrior sustains and protects all life. Durga represents the awakening which calls us to yield a sword of truth which cuts away the veils of illusion in which we perceive ourselves to be separate from the whole. It is a story ultimately of hope, a revelation that when power serves compassion, we can co-create life-sustaining paradigms based on the recognition of interconnected being.

The Durga Opera is presented as a rite in which the archetypal principles within the myth are experienced within the realm of the body. It is thus a participatory story-telling experience, in which the audience is invited to sing and move along. The aim is to enable an embodied way of receptive listening to fully experience the feelings evoked by the themes and principles within the myth. Tantric philosophy is rooted in the body; to feel is to know therefore to feel is paramount. The audience/participants are taken on a journey of simple repetitive sound and movement in which they experience archetypal emotions, known as Rasas; in this myth, they are namely courage, anger, love, sorrow, and wonder with the final resolve of Shanta, inner peace.

The soundscape of narration is woven with the singing of Sanskrit Mantras, as the sound of Sanskrit is said to be an ‘alive’ or ’resonant’ language, touching the actual vibrational core of the form being expressed. The rhythms and meter of these mantras have been patterned to enable an expansion and liberation of the mind to move beyond cognitive and linear thinking . Sanskrit, has roots in all languages as it is primal sound, thus it is universally inclusive ,especially within the context of storytelling where it can be experienced by all irrespective of race, religion, gender and age.
Simple repetitive movements are also offered to align with the rasa of the mantra; these movements or physical geometries are based on the principle of Yoga posture and movement. This is a form of story telling in which the audience become one community together seeking a direct experience of communion with the body and nature through myth, movement and the singing of mantra.

I have been working with this form of immersive story telling for the last 3 years, as Rites of the Divine Feminine Principles through the enactment of Myth. I have shared this work with Groups in India and also in Britain. My hope is to share this form of Yoga Theatre to wider groups and audiences. 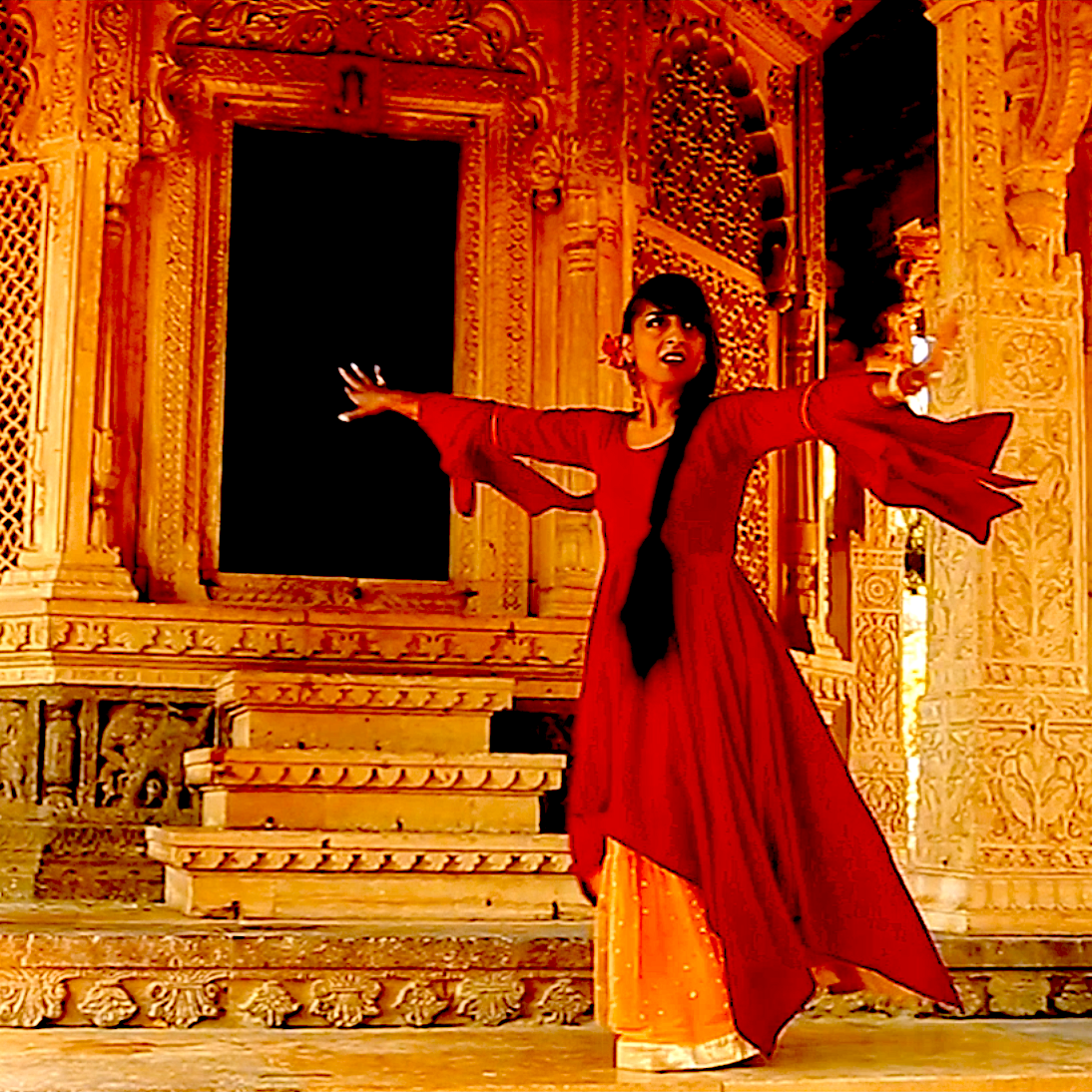 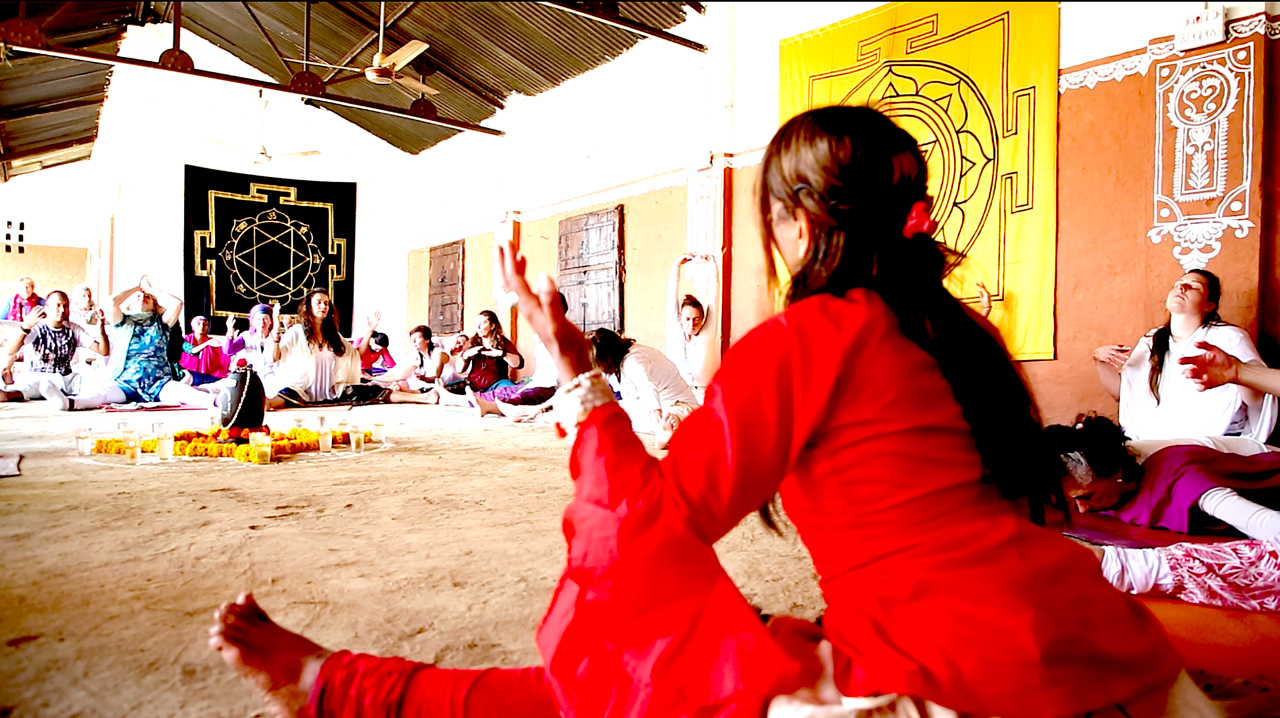 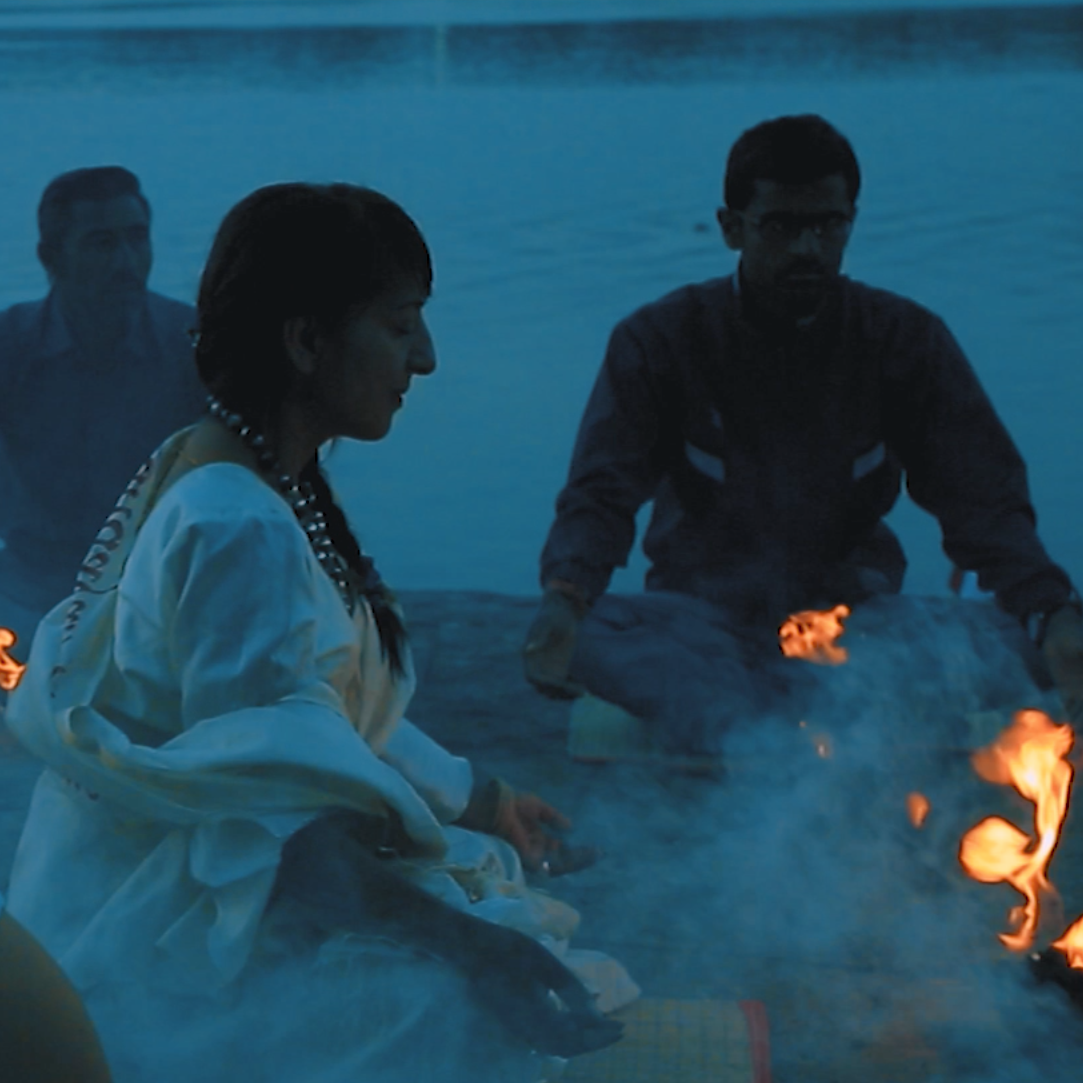 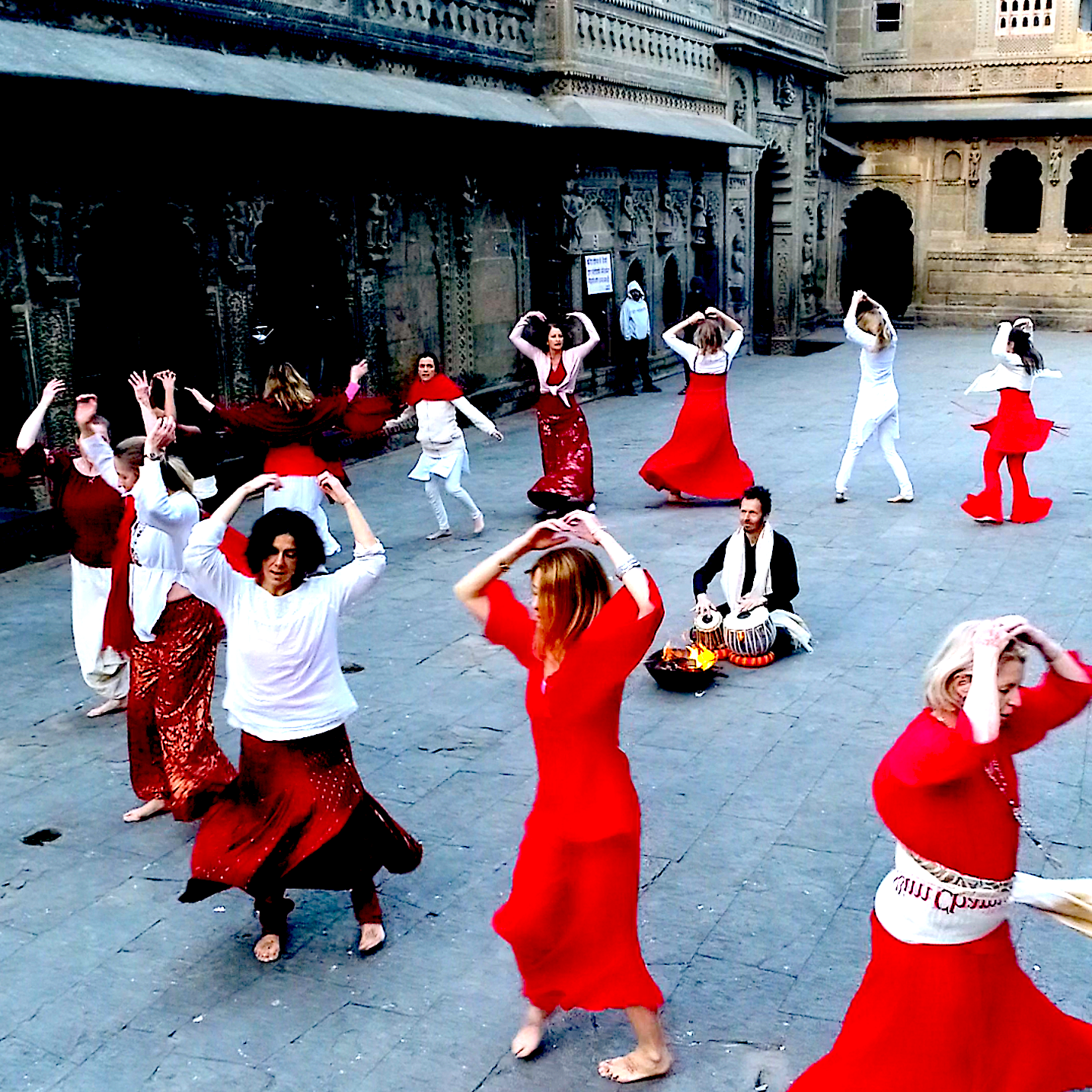 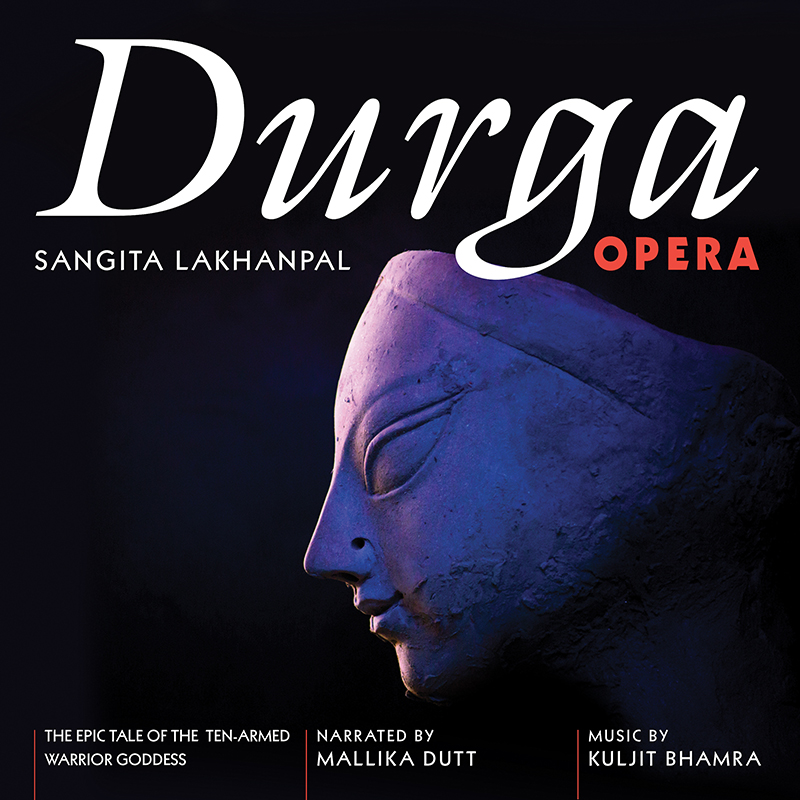